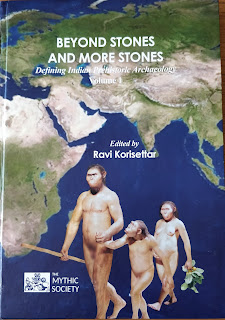 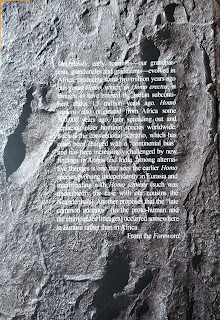 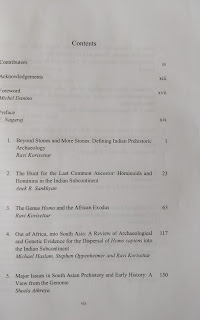 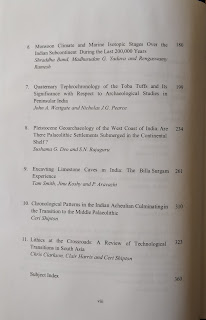 The main focus of this volume is the origin and antiquity of three distinctive phases of the Indian subcontinent’s Stone Age prehistory. They are:
(a) an assessment of archaeological evidence pertaining to the presence of Mode I and Mode II lithic industries (Oldowan or Acheulian settlements)
(b) the strength and tenacity of various models explaining the expansion of anatomically modern humans (AmHs) associated with Mode III and Mode IV lithic industries and
(c) the rise of the first sedentary agricultural settlements across the subcontinent in time and space.
Most of the published literature on these issues generally tends to attribute these stages of development to diffusion or the movement of peoples into the subcontinent. However, new perspectives have been emerging leading to the identification of both indigenous and exotic elements contributing to these developments, as well as an increasing consideration of those elements that spread out from the subcontinent. Recent advances in the geochronology of Southwest Asian and Indian sites have added a new dimension to the debate on the peopling of the world, necessitating the reexamination of current theories of human expansion.
The chapters included in this volume have addressed some of these issues and present the current status of productive investigations that have opened up new pathways of research and interpretations, be it confirming the age of volcanic ash marker beds, or the origins of Early and Middle Palaeolithic settlements across the subcontinent, or a reconsideration of the out of Africa expansion of hominins into the subcontinent. In addition, the two chapters written by experts on the monsoons during the late Quaternary and on the geoarcheology of the peninsular coast are relevant to our understanding of the environmental background of dispersing hominins through the peninsular coast and their environmental setting.


Abstract: Luminescence dating at the stratified prehistoric site of Attirampakkam, India, has shown that processes signifying the end of the Acheulian culture and the emergence of a Middle Palaeolithic culture occurred at 385 ± 64 thousand years ago (ka), much earlier than conventionally presumed for South Asia. The Middle Palaeolithic continued at Attirampakkam until 172 ± 41 ka. Chronologies of Middle Palaeolithic technologies in regions distant from Africa and Europe are crucial for testing theories about the origins and early evolution of these cultures, and for understanding their association with modern humans or archaic hominins, their links with preceding Acheulian cultures and the spread of Levallois lithic technologies. The geographic location of India and its rich Middle Palaeolithic record are ideally suited to addressing these issues, but progress has been limited by the paucity of excavated sites and hominin fossils as well as by geochronological constraints. At Attirampakkam, the gradual disuse of bifaces, the predominance of small tools, the appearance of distinctive and diverse Levallois flake and point strategies, and the blade component all highlight a notable shift away from the preceding Acheulian large-flake technologies9. These findings document a process of substantial behavioural change that occurred in India at 385 ± 64 ka and establish its contemporaneity with similar processes recorded in Africa and Europe. This suggests complex interactions between local developments and ongoing global transformations. Together, these observations call for a re-evaluation of models that restrict the origins of Indian Middle Palaeolithic culture to the incidence of modern human dispersals after approximately 125 ka.

Religious icons have been a contested terrain across the world. Their implications and understanding travel further than the artistic or the aesthetic and inform contemporary preoccupations. This book traces the lives of religious sculptures beyond the moment of their creation. It lays bare their purpose and evolution by contextualising them in their original architectural or ritual setting while also following their displacement. The work examines how these images may have moved during different spates of temple renovation and acquired new identities by being relocated either within sacred precincts or in private collections and museums, art markets or even desecrated and lost. The book highlights contentious issues in Indian archaeology such as renegotiating identities of religious images, reuse and sharing of sacred space by adherents of different faiths, rebuilding of temples and consequent reinvention of these sites. The author also engages with postcolonial debates surrounding history writing and knowledge creation in British India and how colonial archaeology, archival practices, official surveys and institutionalisation of museums has influenced the current understanding of religion, sacred space and religious icons. In doing so it bridges the historiographical divide between the ancient and the modern as well as socio-religious practices and their institutional memory and preservation. Drawn from a wide-ranging and interdisciplinary study of religious sculptures, classical texts, colonial archival records, British travelogues, official correspondences and fieldwork, the book will interest scholars and researchers of history, archaeology, religion, art history, museums studies, South Asian studies and Buddhist studies.

The book is multi-disciplinary in its scope and has as its objective the reconstruction of the subsistence strategies and way of life of the prehistoric communities in Northeast India and their movements, dispersals, and settlements. The essential nature of this work is dictated by the reality that the scanty nature of archaeological data from the region has compelled us to gather evidence from all possible scientific lines of enquiry in order to paint a vivid picture of the development of early farming societies, who must have been the ancestors of some or all of the present-day indigenous ethnic groups. This evidence has been gathered from ecological, ethnographical, anthropological, and genetic sciences to inspire an interpretation of the available archaeological data for examining linguistic hypotheses of early migration and dispersals of people in this region. The study strives not only to gather a holistic understanding of the prehistoric people but also to lay a foundation for future research strategies and to set a relevant methodology suitable for the region.